The colors of the loafers

The colors of the loafers

If even the matter changes its state (for example the water, from solid to liquid, from liquid to gaseous etc) why we tend to be so immovable? We get an idea and from there nobody takes us out, maybe it has something to do as Eduardo Punset says, with our tremendous ability to become unhappy…. If even primates are able to change their minds quickly. Ramon Campoamor gave on the nail: "In this treacherous world, nothing is truth nor lie, everything is according to the color of the glass with which one looks" all this comes to the tale of the colors. I remember that my grandfather (the painter José Aguiar), woke up first thing in the morning and after a large window, began to paint, mix and translate their colors on the canvas. Matter only reflects light. The magic of matter, wakes up with the light. Yesterday, walking late in the afternoon, by the countryside of Ibiza, I found a lady seated on a wall of stone and I commented worried, that someone took the stones of the walls. I answered, that they were very old, to which in turn she reminded me, that the stones were taken out of the middle of the wall… Losing importance to the subject, I told him that each wall was a philosophy of life, a way of seeing things and ordering the mind, matching the shapes of one stone with those of another. To which the lady answered me again, and a little angry, saying yes, but that they took the stones. This preamble was nothing more to explain, that we tend to have a fixed opinion, hardly modifiable. … And what is all this going to say the reader? I explain: we received a leather of great quality, with a texture point, which is not always produced in the skins. When we saw it, we liked it a lot, but we had difficulty deciding what color it was. It had something to do with the dark grey. But it was not dark gray… I had indeterminate reflections, according to the light and the time of day we liked. And we looked for a square in the mind, to determine what spectrum of light corresponded. Since we had a very good impression with this leather, we kept watching it to see what color it was. In the end, we passed the same as the lady with the stone wall, (we had a fixed idea, in terms of the established colors) we did not know what color it was, we could not find a box to place it and make it coincide. At this point, the thing is enjoined and raised, if it would really suit us to work with. How explained people, what color was it? The test we had made was still rolling from one side of the studio to the other, but no one was in charge of deciding the color. Astonished to see that the color was getting nuanced (much more than usual) according to the time of day, we let him continue his march.. The renegade Moccasin, had made up his own mind… It was full of nuances and reflections and was not willing to abandon them… I took it in his hands to reveal his secret and showing it to the people who were there, I insisted again: what color is this???? "It's elegant," said someone, still doing his job, and without committing himself (washing his hands like Pontius Pilate). This is the case… We were about to eliminate something nice, not knowing which box to place it. Don't let something like that happen to you. In the end, we have baptized: dark gray nuanced (hey, color handsome and powerful) I leave the picture here, you will notice that has several types of light to highlight different nuances. And surely, you will not find a box, where to place it, nor will you agree with our appreciation. But what's the difference? You like it?. That's great. A greeting PD  I leave it here in the picture, if you have any better idea about the name, let me know in the comments… If you need to orient yourself, I will tell you that it is of kind texture and if you pass your finger over, it makes the scribe effect, (mark the trail as if you wrote) warm smell to wood. All this and something else in: http://www.tallermocasin.com/or the French version: http://www.mocassin.fr/ 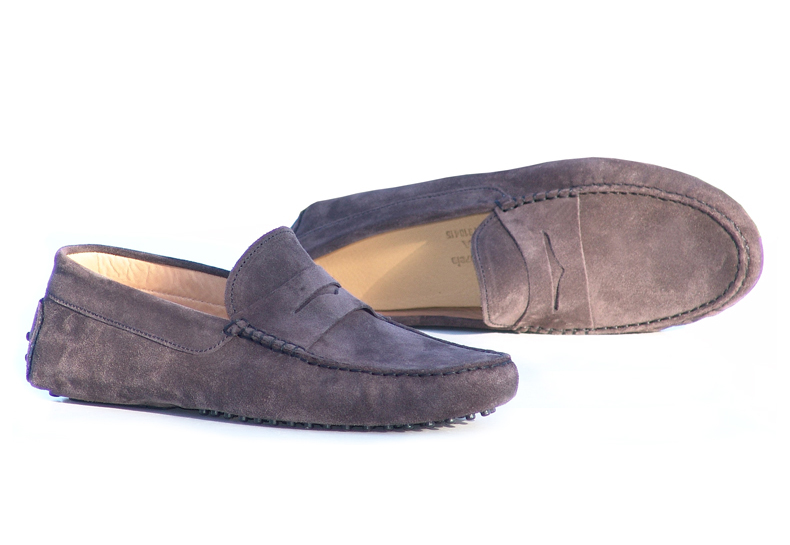